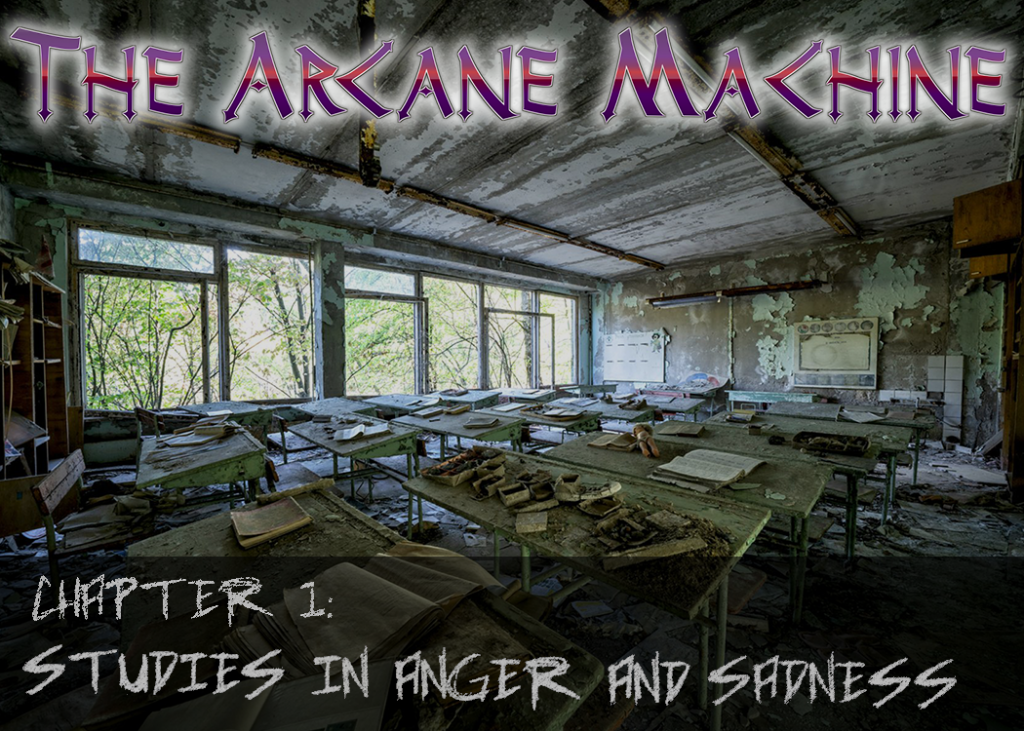 You’re listening to the inaugural chapter of The Arcane Machine, a podcast sharing music from goth/ industrial culture and beyond. Chapter 1 will serve as an introduction to your hosts, Ed Wilson (PixelTunes Radio, The VGMbassy, The Impulse Project, Audio PanicRoom) and Justin Schneider (XVGM Radio,) who grew up in and around the goth scene in the New York/ New Haven area. For those not familiar with the music, consider this an introduction to the type of songs we’ll be playing on the show. For those closet vampires out there, you’re sure to be fond of some of these selections, and you may learn some new facts along the way.

The Arcane Machine will be a monthly show with supplemental content on Facebook, Twitter, and Discord throughout each month. If you like what you hear, please visit the artists’ pages linked below and buy some music!

Special thanks to Midori for the listener-request song at the end of the show.

Listen here or find us on iTunes, Google Play Music, or your favorite podcast app!

Justin and Ed review classic hits from The Sisters of Mercy, London After Midnight, and Chemlab, and fantastic new tunes from @KANGAkult and @Pendulum

CHAPTER 16: OUR FAVORITE COVER SONGS
When a current artist you love pays homage to a classic song you enjoyed in your youth, it feels like magic… two forces of nature colliding to make a special song just for you.
https://arcanemachine.net/?p=276

CHAPTER FOURTEEN: Existing Out of Phase
We’ve got a nice blend of Industrial Rock and Goth Rock this month, making for a very high-energy show. From metal-tinged tracks to unique takes on love songs, there’s a lot here to enjoy!
https://arcanemachine.net/?p=260

Arcane Machine celebrates our 1 year anniversary! Justin and Ed celebrate their podcast birthday by looking back at the previous year’s music and picking some of their favorites. New music by @k_rotersand, @Kentuckyvamps, @DerProsector, and more!

Spread the word of The Arcane Machine!