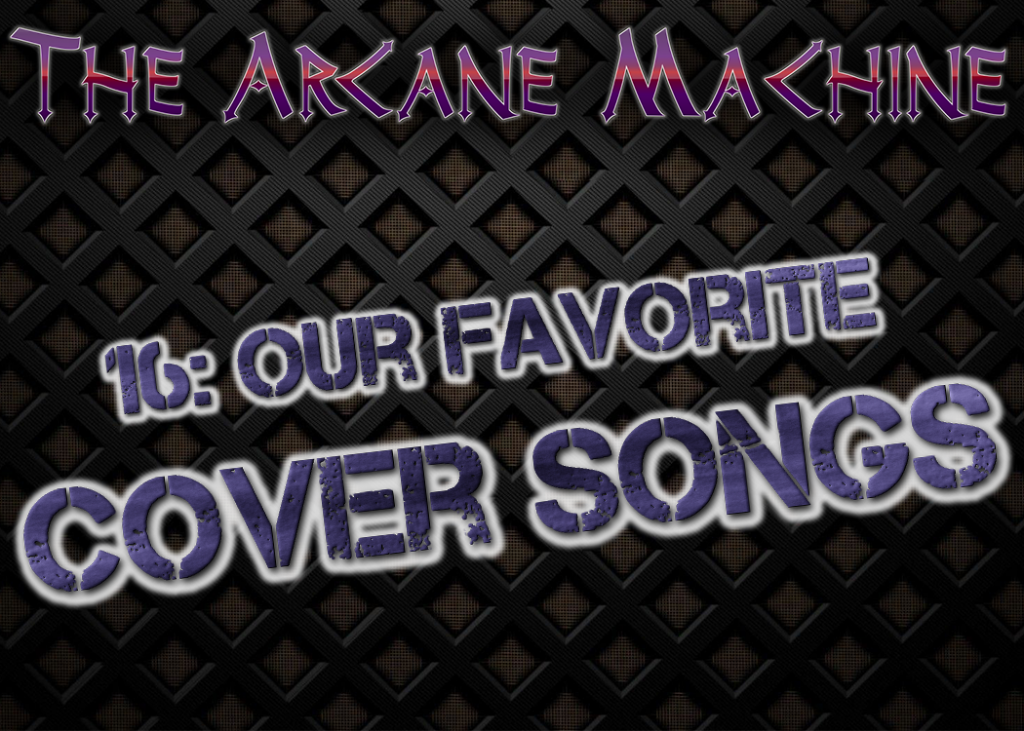 When a current artist you love pays homage to a classic song you enjoyed in your youth, it feels like magic… two forces of nature colliding to make a special song just for you. In this month’s chapter, Justin and Ed share cover songs from some of their favorite artists. Send your listener submissions/ suggestions to arcanemachinepodcast@gmail.com!

The Arcane Machine is a monthly show with supplemental content on Facebook, Twitter, and Discord throughout each month. If you like what you hear, please visit the artists’ pages linked below and buy some music!

The Belfry: A Home for Dark Culture: The Belfry is the home of excellent podcast Cemetery Confessions, plus interviews, art, and other podcasts rooted deeply in dark/ alternative lifestyles.

Listen here or find us on iTunes, Google Play Music, or your favorite podcast app!

2 – “Dominion” by The Sisters of Mercy, Covered by Information Society from the album Orders of Magnitude (2016)
(Bandcamp)

4 – “Rock Me Amadeus” by Falco, Covered by Front Line Assembly feat. Jimmy Urine from the album Wake Up the Coma (2019)
(Bandcamp)

8 – “Enter Sandman” by Metallica, covered by Die Krupps from the album A Tribute to Metallica (1992)
(Website)

9 – “Are Friends Electric?” by Gary Numan, covered by Information Society from the album Don’t Be Afraid (1997)
(Bandcamp)

This month’s podcast features classic EBM from @Assemblage_23, goth rock from Type O Negative and The Mission UK, some danceable industrial from Hocico, and a kickass tune from newcomers @HeavyHaloNYC. #goth

What's your favorite part of The Arcane Machine podcasts?

-Chapter 18: Why You Should Like Dubstep-
Dubstep shares so many of the same aggressive qualities that rivetheads enjoy. We've made a selection of dubstep songs that just might help you change your perspective! #Dubstep #industrial #goth #ebm

Justin and Ed review classic hits from The Sisters of Mercy, London After Midnight, and Chemlab, and fantastic new tunes from @KANGAkult and @Pendulum

CHAPTER 16: OUR FAVORITE COVER SONGS
When a current artist you love pays homage to a classic song you enjoyed in your youth, it feels like magic… two forces of nature colliding to make a special song just for you.
https://arcanemachine.net/?p=276

Spread the word of The Arcane Machine!